Q: Who was the president of the Confederacy? A: Jefferson Davis.

I grew up in Richmond, Virginia, the capital of the Confederacy. I’ve known the answer to that question all of my life; so, on page 131 of my book, Daughters of the Dream, why did I reference Robert E. Lee as the president of the Confederacy and why wasn’t this error caught by the multiple readers who reviewed the book before publishing?

I think there is only one answer: Robert E. Lee looms larger than life in most conversations about the Confederacy. It wasn’t until writing Daughters of the Dream that I knew there was a statue to Jefferson Davis on the venerable boulevard in my hometown that features effigies of Confederate notables (along with one statue to Richmond native son, tennis champion Arthur Ashe). I did, however, know about the 60-foot equestrian statue of Robert E. Lee on Monument Avenue. For whatever reason, Jefferson Davis seems to have taken a back seat, at least in Richmond, to Robert E. Lee. Even one of the local high schools is named Lee-Davis High, not Davis-Lee. 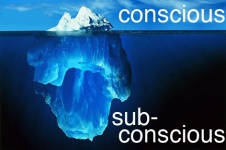 Why am I bringing this up? I’ve been thinking a lot lately about how to erase/correct the negative images about black people that have proliferated in our country for so long. I incorrectly wrote that Robert E. Lee was the president of the Confederacy because that false reality rang truer in my subconscious than the truth. And his role—Lee’s—as the dominant figure in the Confederacy mythos and pantheon, seems to have also permeated the psyche of many readers who did not catch the mistake.

I think the same thing has happened to many white people in America. The traits they associate the most with black people are negative. This rings in their subconscious. They hear about the number of black people committing crimes and who are incarcerated. They hear about the inability of black children to learn or for black boys to attend to their school work. They hear about, or see, the distressed nature of some black neighborhoods. They hear about the high black unemployment rate. The list goes on and on. Criminal, ignorant, unstable families are the media messages, the tropes that populate minds—often crowding out reason—with words and images. They give people the shorthand ability to make quick decisions. As Malcolm Gladwell reminded us in his book Blink, quick decisions are not uninformed decisions. They may occur in the blink of an eye, but information is being processed and acted upon that has been accumulated over a lifetime and fed by the experiences and perceptions of parents and grandparents, neighbors and teachers.

Against the negative imagery defining black people, there is often little real-life experience to provide balance and truth. In predominantly white communities, there may be few black teachers, lawyers, doctors, store managers to offer a counterweight against the negative images, no interaction in the homes and communities of the ‘other.’ And when you are the majority population, there is little reason to question your reality. It just is. There is little delving into the structural racism and implicit bias that shape reality. No one is being prompted to read Richard Rothstein’s The Color of Law to learn of the federal government’s overt role in ensuring residential segregation and then questioning how residential segregation has led to differential policing in certain neighborhoods, differential public services like street cleaning, differential educational opportunities. No one is reviewing studies, like the one that shows when teachers are asked to watch a group of children in a classroom and then note which children are acting out, the answer is the black boy even when an impartial observer notes no distinction in the behaviors of the gender and racially diverse group.

Robert E. Lee rose higher in my consciousness when I thought about the Confederacy than did Jefferson Davis because images and messages had accumulated in my mind over a lifetime that positioned Lee in closer proximity to my sense of the Confederacy than Davis. I think many people experience this same effect. And perception, not facts, rule. I had been taught that Davis was president, not Lee. In the recesses of my mind, I knew this, and the error has been corrected in Daughters of the Dream, but what happens when there is no one teaching about black people as contributors to society on all levels and no one is pushing you to think a lot of what you ‘know’ about black people may be stereotypes. How do we address these culpabilities and overcome the ‘blink’ syndrome of implicit biases? We have to bombard the media with cell phone videos that show common prejudicial behaviors. We have to elevate the stories of the black doctors, scientists and those of ordinary people doing the right thing. Just as a reader told me of the mistake in Daughters of the Dream, we must all point out the faults in people’s thinking and work toward that dream of a racially just America.

P.S. — During this holiday season, I hope you will — consciously — consider purchasing my book Daughters of the Dream for the friends and family on your gift list.

3 Replies to “When the subconscious is in control” 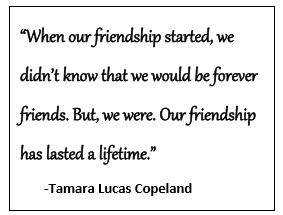 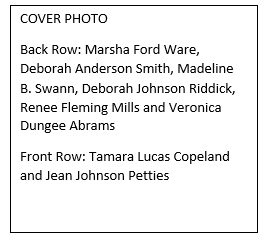